EPCB boiler is a specialized boiler enterprise which focuses on industrial boilers and small power plant boilers. The company adopts the same standard of German enterprises to demand the quality of the boiler quality strictly. It has one-step service including R&D, design, manufacture, installation, commissioning, pre-sale, on-sale and after-sales service, is the most powerful and professional industrial boiler enterprises in China.

Our company is located in the capital of China famous brand – Qingdao, which is an important sea port, industrial and economic center of China. As early as the 19th century, western industrial civilization was introduced to Qingdao, and made Qingdao become the brand capital in China. In 1899, the modern equipment manufacturing industry such as shipbuilding, locomotives, textiles and so on had already appeared. The predecessor of the company began to manufacture and repair boilers. In 90s, the company developed rapidly and became the first enterprise specialized in the production of oil/gas fired boiler. After efforts, the company expanded the scale of production, produced the coal-fired boiler series, small power plant boiler series, CFB boiler series, pressure vessel and so on. The products are widely used in industrial and mining enterprises such as electric power, mine, oilfield, chemical, textile, food, pharmaceutical, etc and also used for other enterprises such as hotels, schools, real estate, etc. Our boiler products have superior performance, strong reliability, and have been widely used in China and other countries and regions in Asia, America, Australia, Europe, Africa, and won the user high praise from users.

TO BE BEST BOILER MANUFACTURER

WELCOME TO VISIT OUR FACTORY

Warmly Celebrate The Successful Conclusion of The Exhibition in Uzbekistan Russian

Dear friends and customers, In order to further understand and establish good cooperation, EPCB BOILER sincerely invites you to participate… 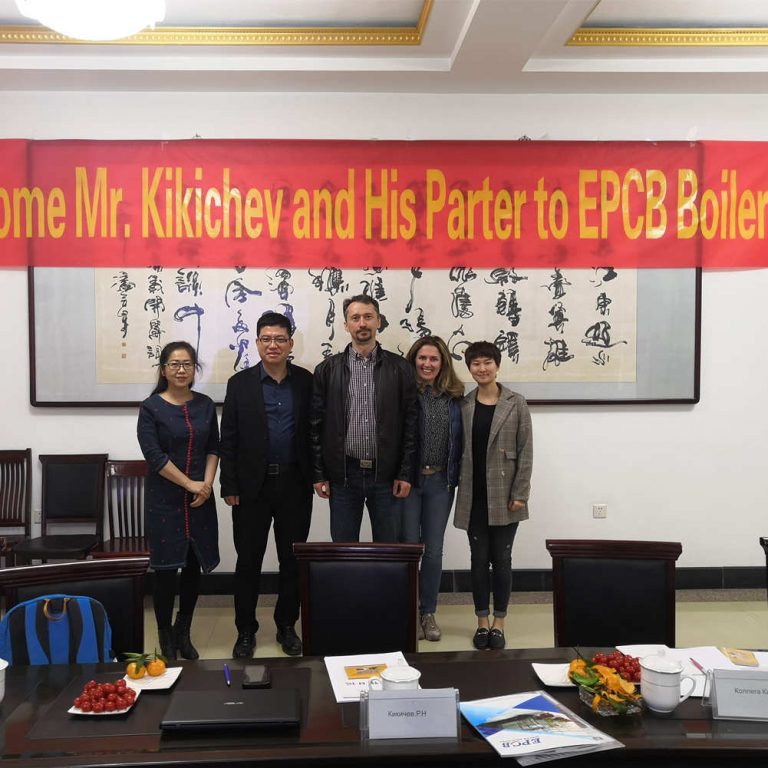 In early March 2018, our agents in Russia visited our factory and conducted a field inspection. The agent met…

HELP YOU ON YOUR BUSINESS

1 day to get professional solution of technical question

Who Use EPCB Boiler